For my final project while studying at San Francisco State University I came up with a new product concept called D-BUB, or the “Data BackUp Bottle.” While doing research for this project, I found that many people who were working on their laptops at school and in coffee shops often carried a drink/bottle with them. I wanted to create an easy, and automated way to keep your mobile data backed up to a locally owned device at all times. The idea behind the D-BUB concept was that it would be a 2-in-1 device that doubled as a wireless data backup device and portable hydration container. The bottle is meant to be clear, and has an LED indicator at the base which shined different color light up into your bottle/drink to tell you how long it has been since your last backup. This way, no matter you go, you can be sure your data is safely backed up. Below is a PDF copy of the design booklet I put together for this project, followed by a few additional photos of D-BUB.


The image below is a wireframe view of my D-BUB concept. 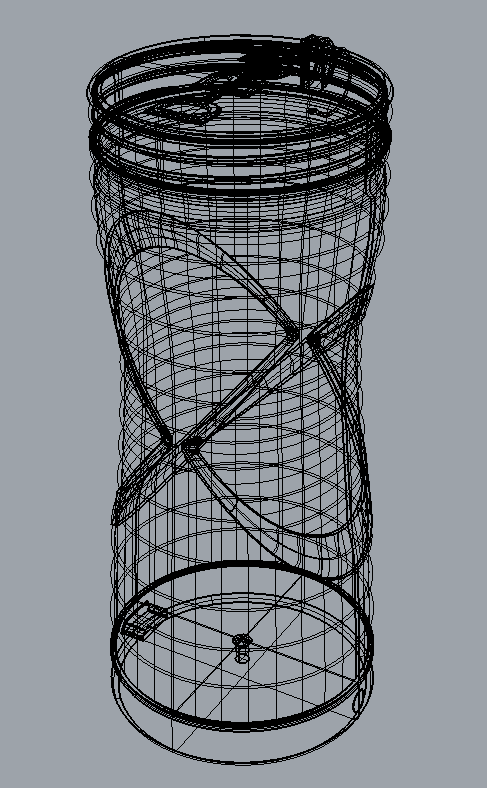 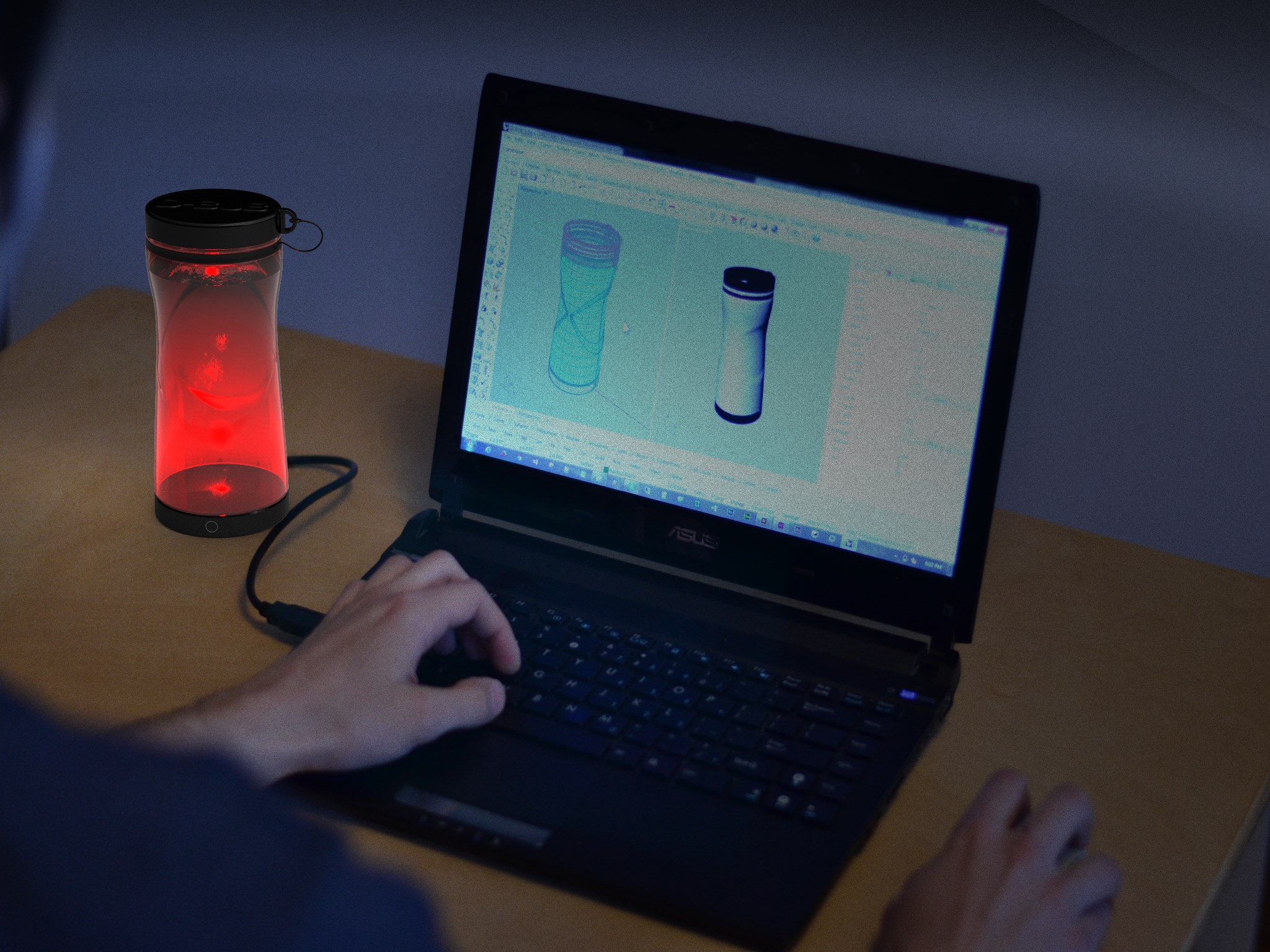 The above image is a rendering of how the D-BUB might look while charging. The red light indicates that it the user is overdue for a data backup.

The above image shows the iterative process I went through while designing D-BUB. From right to left I started with simple foam design studies, and worked my way up to a 3D printed “looks-like” prototype.

The above image shows a close-up of my final 3D printed “looks-like” D-BUB prototype, which featured a working LED indicator that cycled through the different indicator colors (red, purple, and blue). The color cycling LED indicator was powered by an Arduino that I also programmed for this project.