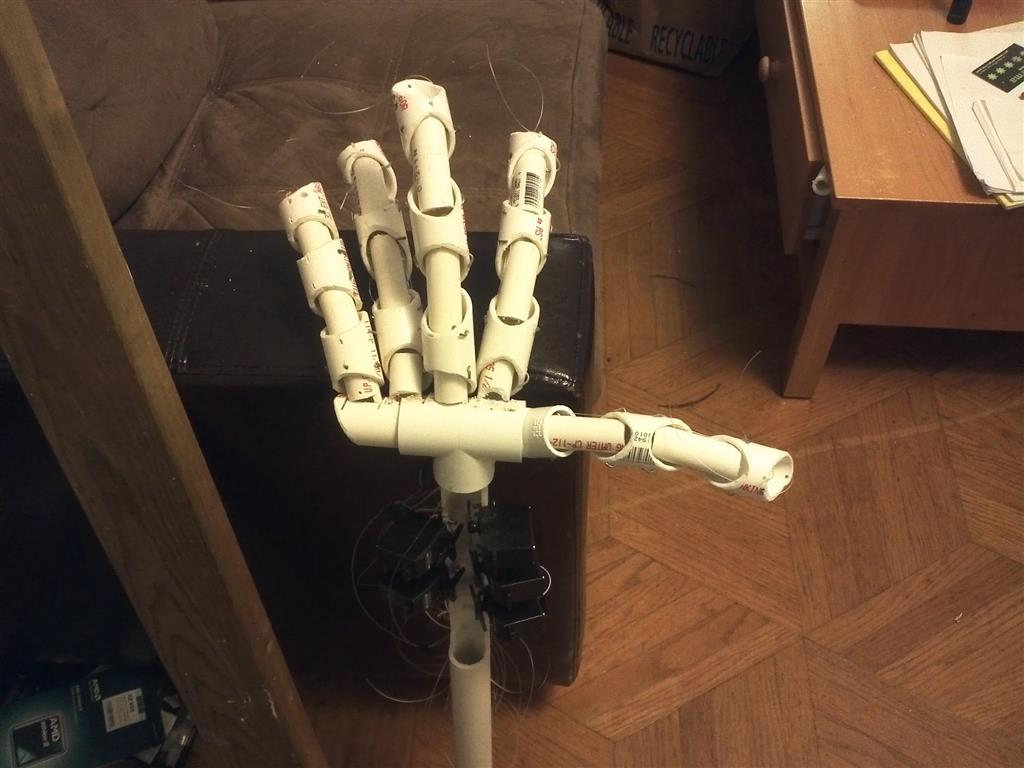 Way back (in 2012) before I had access to any 3D printers, I was enrolled in a fun class at San Francisco State University called Electronics and Robotics in Conceptual Design. The class focused primarily on learning how to use an Arduino for the purpose of prototyping electronics projects. For the main project in this class I knew pretty quickly that I wanted to make a robotic hand prototype. Because of my lack of access to a 3D printer, I ended up taking my instructors advice of using PVC pipe to eventually hack together a “hand.”

After getting some practice in with the Arduino and some more simplistic projects such as controlling various LEDs using photo resistors, I put together my initial flex-sensor controlled servo motor.

Once I felt comfortable with the wiring and Arduino code, I began testing a single robotic “finger”

I then spent some time scaling my Arduino code and physical prototype out to support five individually controlled fingers on a robotic, or animatronic, hand.

For the final prototype, I attached the five flex sensors to a glove which could then be used to control the robotic hand.

By the end of the Electronics and Robotics in Conceptual Design class my prototype was far from perfect, but it gave me a great electronics prototyping foundation for which I would base a few other future projects on, including my Stalaglight lamp and D-BUB bottle.